Are You Afraid to Tell Your Adult Kids that You're Dating?

Well, you lived your whole life for your family and now your adult kids are, well, adults. If you're single, dating isn't totally out of the question. Do you hide your dating from your kids or tell them? What are the what-ifs that keep you up at night?

As a step-mother, now widowed, I can tell you that my late husband had a tough time telling his adult kids that he was dating. Maybe you're afraid, too. After all, it can be an awkward conversation -- worse, if you don’t have healthy boundaries.

“Grown or not, children don’t really want to think about their parents’ sex lives. Respect the parent-child boundaries and don’t regale them with TMI.” Psychology Today

When did we start caring about what our kids think anyway? I remember growing up where my mom would say, "because I said so" and we accepted it.

There are boundaries that should be established between parents and children. Yet, we GenXers sure love to be best friends with our daughters. A good relationship is awesome; but we all need our own set of friends, too. So why wouldn't that also extend to dating?

Younger Boomers and older GenXers, or as Pew Research calls us "older Americans," were the latch-key kids. We had little-to-no supervision as family dynamics began to change. Women kept their WWII jobs, Vietnam made many young mothers widows, and divorce revolution began.

Telling Our Adult Kids about Dating

Growing up, we older Americans didn’t have a say if Dad married someone new or Mom had a boyfriend. This is what we are trying to correct; though, probably over-correct. With that said, there is a huge difference between asking our adult kids for permission to date and introducing them to someone who we’re serious about. Truly, we want our romantic relationships to blend well with our families. Do it with respect; no surprises.

“If you find someone who you think could become a long-term partner, ask your kids if they want to meet this person rather than trying to force a first meeting.” Carol Hughes, PhD

Adult Kids Forget Their Parents Are People, Too.

Adult kids often feel that they will lose some of the relationship they have with their father or mother when they begin dating. “Wow, Mom! You’re dating! Aren’t you too old?” “Isn’t 50 too old to go to dancing?” Is it? No. We’re still people. We still like to have fun and enjoy our lives.

Believe me, there are plenty of “older Americans” on Bumble, Tinder, eHarmony, Match, Coffee Meets Bagel, and all the rest. We’re not resigned to a life of solitude just because we raised families.

“Children, even when they’re grown, get attached to being important in their single parents’ lives, and they resent it when someone gets between them and the parent.” Dr. Itamar Salamon

Are Your Adult Kids Leveraging Your Grandkids?

What I see with some of my peers, is that their grandkids (and visitation rights) are used as leverage in the Adult Child - Parent relationship. Maybe your adult child doesn’t want their kids around Mom’s new boyfriend or dad’s new girfriend.

If there are safety reasons, fine. Yeah, you can’t put a baby carrier on the back of a Harley. If it is because your adult kid doesn’t want you dating someone, then maybe have a conversation. There could be a compromise or even a win-win. Who doesn’t need more help with the kids by adoring grandparents? (Yes, step-grandparents can be “real” grandparents.)

What do you think? Will you tell your adult kids you’re dating or keep it a secret a bit longer? 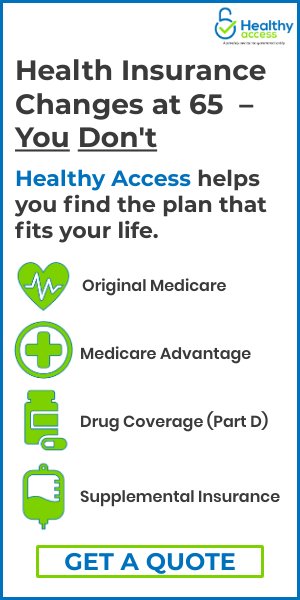